What can I say, I’m a sucker for a gadget and boy is this a gadget. 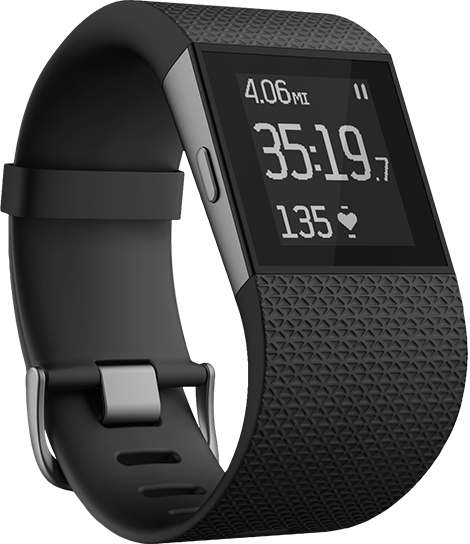 First a word of warning, if you think you might like one of these, try one on first, it is an odd shape and rather chunky, also I bought the largest strap they do and it is on third from last hole.

The battery life is excellent, it lasted a full round of golf whilst GPS tracking and still had battery to spare, despite getting caught behind “the four ball of creeping doom” and pushing our overall time on the course up to 4 hours and 20 minutes, we won’t discuss how the GPS accurately watched me meander all over the fairways.

Without GPS Fitbit claim a week of battery life and I could easily believe it, I haven’t tried a full to dead test as I’m not 100% keen on draining the battery to those levels, once you’ve experienced an android phone in deep hibernation you like to keep a little spare juice in everything.

Along with the steps taken in a day and the number of floors climbed, I’ve also got mine constantly monitoring my heart rate(because why wouldn’t you) so I suspect the battery life will be less than optimal.

I’ve also found out that I’m sleeping a lot less than I thought I was, which is apparently bad for you, so I shall be making a conscious effort to get a couple more hours of sleep a night.

Now the information is all being gathered and it would not do any good unless it were available on a dashboard somewhere so that you can view and make sense of it all.

This image was taken from The Fitbit Blog where they discuss the updates and all things Fitbit.

There’s an app for the iPhone and sadly that’s the one you get on the iPad too, but it’s a solid app and shows you the data you may be looking for and also, and this is crucial for me, allows you to back up the data from the surge to the cloud if there’s any danger of running out of juice, hopefully no more lost data due to an ebbing battery.

From the app store

I’ve no doubt if you search around you can find one a bit cheaper, but if like me you have a hard time waiting then go straight to the source baby!!

Overall, the Fitbit Surge gets a massive thumbs up from me.

This entry was posted in Fitness, Personal, Technology. Bookmark the permalink.